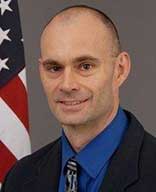 Clinton currently serves as a Detective in the Major Crimes Division of one of the largest Police Departments in Virginia. During his service he has been selected to serve in patrol, Crash Reconstruction Unit, Civil Disturbance Unit, SAR (Search and Rescue Team) and Detective Bureau.  Other areas of expertise include expert testimony in pedestrian crashes.  He is a current

Department of Criminal Justice Services instructor and teaches a variety of topics that include White Collar Crime and Identity Theft, in-service training, and fitness related courses.  Prior to being certified as a Police Officer he served in the U.S. Army Reserves as a soldier medic and was called to active duty in support of Operation Desert Storm.  Det. Beach received the Army Achievement Medal during his active duty time in the U.S. Army.  As a professional natural bodybuilder and athlete, Det. Beach has competed and trained with some of the world’s best coaches and trainers during the last 18 years.  In 2009, he set a national record in the Raw Power Lifting Federation for the strict curl event of 155 pounds in the 35-39 age bracket (Law/Fire/Military).  Det. Beach competes at a national level and is a current judge with the National Gym Association.

Det. Beach has an Associate’s degree in Administration of Justice from Northern Virginia Community College and is working toward obtaining his Bachelor’s degree.  In his free time he works as a coach, consultant, and on-line trainer for his own company, Beach Fitness Factory.  Several of his athletes have been nationally recognized on bodybuilding.com. Clinton is eager to assist security agencies, law enforcement agencies and personnel in their endeavors to become physically fit and educated in the field of Physical Fitness.  “Remember; right now a Bad guy is training and preparing so that when he meets you, he will defeat you. Never Quit/Train to Win/God Bless” 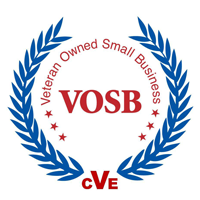